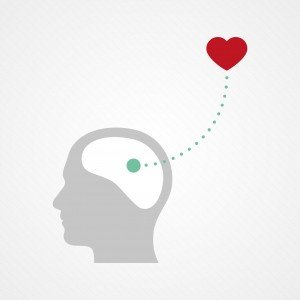 “What really matters for success, character, happiness and lifelong achievements is a definite set of emotional skills – your EQ — not just purely cognitive abilities that are measured by conventional IQ tests.”

There are many models and assessments on the market that measure emotional intelligence.  One of my favorites to use in leadership development is the model developed by Genos International, which is unique because it identifies the seven fundamental skills you must have to be emotionally intelligent.  The skills define how effectively you perceive, understand, reason with and manage your own and others’ feelings. 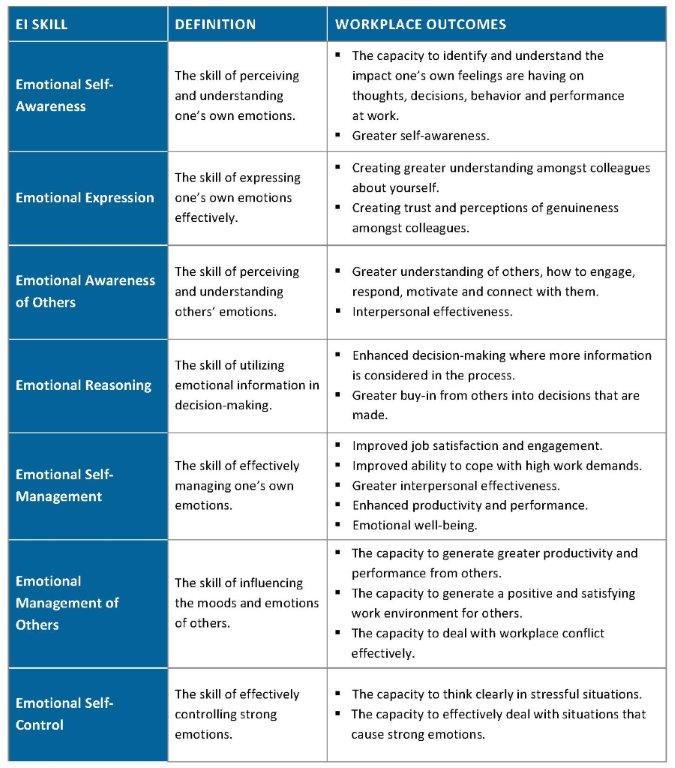 Here is a good example of how important emotional intelligence skills tare in leadership, to be able to spot potential issues that might affect working relationships and the state of mind of direct reports.

I was debriefing an assessment tool with a new employee – a project manager at a startup – with her boss, the COO.  When we began to discuss their expectations of the new role, I noticed (Emotional Awareness of Others) that the new employee became very flushed and non-verbally uncomfortable.

So, I acknowledged her concerns and suggested strategies to deal with her discomfort (Emotional Management of Others). In fact, I underscored the issue several times to ensure her concerns had been addressed before we ended the meeting.

After the meeting, I followed up with the COO to see if he was aware of the emotional dynamics that had occurred during the meeting.  It turned out that he had not noticed the employee’s discomfort, nor had he understood why I had reinforced the point about the new employee’s role several times. So, we reviewed ways for him to recognize her emotions and manage them effectively.

Taking Your Emotional Intelligence To The Next Level

All leaders should possess the seven emotional intelligence skills highlighted in the Genos EQ model. Once these are developed, I usually help clients work on even more advanced skills.

Both ESCI and the Genos EQ models provide a 360° version, which is important because it helps you obtain feedback from others on your level of emotional intelligence.  Both tools can be used individual leadership coaching and team development.

Are you interested in gaining greater understanding of your emotional intelligence skills, developing them further or learning how to apply them more effectively in your leadership role?