On Leadership On Teamwork 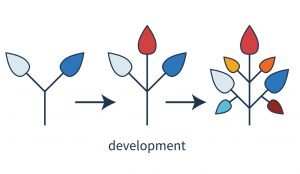 “When I embarked on this leadership project, I intended to fix everyone else on my team. The ironic thing is, I am the one who got fixed!”

That’s what Eugene, an extremely successful business owner told me laughing at the end of a year-long coaching engagement. The project included him and his company’s executive team, with each person taking several leadership assessments and working individually with a coach. Everyone made great strides but it was Eugene himself who experienced the most significant changes of all.

I see that happen quite often. Business owners hire a coach with the goal of getting their team to align with their own leadership style and operational approach, thinking that if they can get others to work like them, all their issues will miraculously disappear. Along the way, though, they end up making some truly transformational – and crucial – discoveries about themselves too.

What made the leadership coaching so powerful for Eugene was the way he approached it. Sure, his initial intention might have been to develop and ready his team for his departure at some point in the future. However, he was curious about his own leadership impact and open to explore how his beliefs and behavior determined how interacted with others.

He has always been the smartest guy in the room, capable of arriving at innovative solutions at lighting speed. He had always assumed his approach was the best way to move forward with the clients and wanted his team to follow suit.

As a result of the coaching, Eugene realized that:

This was not easy for him to do, as he had such a strong habit of giving direction without gathering any input from others. It was uncharted territory for the staff as well; they were so used to being told what to do that they were not prepared to be asked for their opinion!

The transition to a more collaborative environment did not happen overnight. It has been a process, as it usually is. That’s why most team and leadership development coaching engagements last six to twelve months, to give everyone the time and space to create new and more productive patterns of action.

Eugene and his team continue to work on making shifts, which have been good for the business. Client satisfaction at the company has always been positive but now it is not just Eugene who owns that success; the employees feel they partake in it too. Teamwork has increased and so has employee engagement.

When you are open to the process, coaching can bring incredible results that often go beyond expectation. Everyone involved can make significant changes. As a coach, watching business owners take the lead in transforming themselves, their team, and their business is the best part of the job!

How about you: Are you curious to see what kinds of positive transformations leadership coaching can make for you and your team? If so, let’s have a conversation.

END_OF_DOCUMENT_TOKEN_TO_BE_REPLACED

Leading From Home: Stepping Up to the New Challenge

Awkward. Disorienting. Chaotic. You’ve been going to the office for years and now find yourself juggling your home life and leadership load all at once, in one space.  Leading from home is not as simple as