Preserving Your Sanity By Taking A Social Media Break 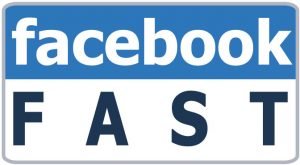 I’m not a person who tends to develop any sort of addiction.  Yet, I have to admit that starting with the presidential election, I became addicted to Facebook.

I would often look at it first thing in the morning and last thing at night. I would have more than a peek at it during my workday to see if there were any new scandals about the president elect and now new president.  Waiting in line at a shop, I would always feel the urge to log in to check out what was cooking.

Like any addiction, I realized that it didn’t make me feel better or even entertain me.  On the contrary, the political posts and articles would leave me sad, angry and disappointed about what is happening in our country.  I would sign petitions and call the recommended governmental office to voice my opinions.

For some reason, keeping track of things on Facebook made me feel closer to the action…even though the action was incredibly upsetting to me.

Years ago, when Facebook became “the place to be”, I recall viewing it only as a recreational activity. I did not go onto the site during work hours.  I can’t quite pinpoint the moment it turned into such an obsessive part of my daily routines, in the office and at home.  But there it was: loud, bold and incredibly disruptive to my day and mood.

Last week I took a vacation at Rancho La Puerta, a fitness and wellness spa in Tecate, Mexico.  The resort is a cell phone free zone. There are only a few lounges throughout the property with Wi-Fi access, where you can go online or make a call.

I decided to take advantage of the situation and give myself a complete break from my online life for the entire week.  I’ve talked before about the benefits of “going dark” but this was going to be a longer abstinence from the online world than I had ever taken.

A couple of interesting things happened.

I noticed that my mood improved. I felt calmer and more engaged with the world around me.  I realized I didn’t mind not being up-to-date on the crazy news storms of the day and was certainly fine not being part of the action.

The day that Betsy DeVos was appointed as Secretary of Education, I heard about it from those in the resort who had been online. I had been vehemently opposed to her appointment, so I know that the disappointment would have affected my physical being, had I been following the discussions as closely as I had before my imposed “Facebook fast.” Instead, I noticed that while I was for sure disappointed, I was not as intensely upset as I had been for previous Cabinet confirmations.

I liked how I felt at the end of the week and decided I would continue the Facebook fast upon my return.  Before I left the sanctuary of the Ranch Resort, I deleted the apps from my phone and iPad.

I wondered how to tell all my FB friends I was taking a break.  Should I just disappear without saying a word?  Or would it be better to write a FB post, announcing my decision? I chose instead to write a blog post for my website and post it on my social media sites to share my insights.

So, I am starting a one-month break from Facebook.  If you want to get in touch, email, call or text me! As it probably happens when one tries to break free of an addiction, I am nervous about it.

I will let you know how it goes.

How about you? Have you been experiencing the same issue with Facebook or other social media? I’d love to hear your thought about this!

End of Year: An Exercise In Leadership Reflection

The holidays area perfect time for quiet leadership reflection, to evaluate what has been and what’s most important to focus on in the new year. Here’s a simple yet incredibly powerful exercise to help you do so.

END_OF_DOCUMENT_TOKEN_TO_BE_REPLACED

Finding Your Footing (and Sanity!) in the New Normal

We are all used to going off to our worlds for most of the day but now with social distancing those worlds are either merging 24/7 or are being taken away from us (almost) completely. How do we adapt to this new normal?