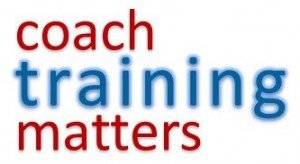 Coaching is powerful because of the objectivity a coach brings to a client. In coach training we call it a “lack of attachment”, which means it is the coach’s role to help the client without any opinion or opportunity for the coach. The coach’s sole job is to help clients reach their goals.

Recently I had an experience that reminded me of the power of this simple concept. I was considering joining a Mastermind Group, a type of business support group, and met with Joe,
the group leader. In the course of the conversation, he mentioned that several people had suggested that he get formal coach training. He told me he didn’t think he needed it; it was not worth the expense.

I went into the meeting with Joe considering it just a formality before committing to participate. I had already chatted extensively with him over the phone and he had arranged for me to meet with several other professionals who were part of the group. However, at the conclusion of our meeting, I was having serious doubts and said I would follow up with him, surprised by my change in attitude.

When Self-Interest Gets In The Way of the Coaching Relationship

Upon reflection, I realized that what had bothered me was that Joe seemed more excited about what my business network and opportunities would do for him and the group, instead of what support I would receive from being in the group. I had mentioned to Joe that I was in talks with one of the business schools in town and he suggested I include him and change the focus of the work I was proposing for them. That was a big red flag.

I took some time to process my feelings. Then I called Joe to explain that I wouldn’t be joining the group and why.  I explained the coaching concept about being of service to the client without attachment, mentioning that when we met it felt like he was more focused on his agenda than mine. He was surprised, yet open to my feedback. He even had a sense of humor when I made the connection to formal coach training, which he had thought he didn’t need.

Most of us have experienced similar feelings when someone’s “support” is more about them than our needs. It doesn’t feel good and it has no place in a relationship defined as coaching.

When you shop for a coach, make sure the coach’s number one agenda is to serve you. Ask if he or she received formal coaching education, it makes a big difference!

Want to know more about how coaching can radically change the way you approach your work? Feel free to contact me.

End of Year: An Exercise In Leadership Reflection

The holidays area perfect time for quiet leadership reflection, to evaluate what has been and what’s most important to focus on in the new year. Here’s a simple yet incredibly powerful exercise to help you do so.

END_OF_DOCUMENT_TOKEN_TO_BE_REPLACED

Finding Your Footing (and Sanity!) in the New Normal

We are all used to going off to our worlds for most of the day but now with social distancing those worlds are either merging 24/7 or are being taken away from us (almost) completely. How do we adapt to this new normal?