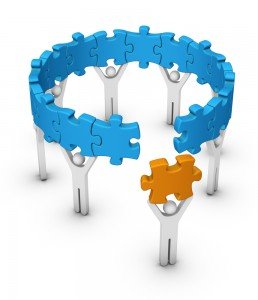 Executives starting a new job often assume that the strengths and approaches used in previous positions will continue to work just as well in the new reality. However, that is not always the case.

The CFO of a fast-paced software company hired me to provide onboard leadership coaching to Rita, their just-hired first Controller. The CFO was stretched so thin he knew he wouldn’t have the time to help Rita transition into the role, which was a crucial and “political” one for the organization.

Rita was experienced and had worked as a Controller before but in a very different organization. Even though her hiring had been accompanied by a companywide announcement welcoming her, many people assumed she would have an administrative role because she was very pretty and looked much younger than her age.

For Rita to be successful in the new position, she needed to build trust and positive working relationships with the company’s clients and internal stakeholders. The sooner she did that, the sooner she could take over key responsibilities from the CFO and he could focus on broader firm initiatives.

Defining goals and vision for the role

Rita defined short- and long-term goals for herself and her department.  She also defined the type of leader she intended to be, as well as the values and attributes she wanted for the team she would be building.  This is how Rita intended to approach the role:

Understanding how to use the new hire’s strengths

Using the Kolbe and Realise2 Strengths assessment tools, we mapped out Rita’s strengths and her natural way of taking action to make the best use of her mental energy. Insights from both tools provided her with a better understanding of how to meet the needs and challenges of the new role and the department she was building. The coaching dialog connected the dots and gave her ideas on how to approach the relationships with the company’s stakeholders.

As part of the onboarding process, Rita’s boss completed the Kolbe assessment. The three of us met to discuss how they each naturally solve problems and how that would impact their working relationship. Our goal was to accelerate their learning process, avoid potential pitfalls and give them ideas on how to communicate more effectively with each other.

The conversation revealed areas where they may have conflicts and gave us the information we needed to create strategies to solve them. Both Rita and the CFO were inspired by the input to understand how they could work smarter together.

In only 45 days, Rita was operating at 90% capacity. This impressed the CFO, who was expecting it would take her about six months. Rita was able to integrate quickly into the organization, building strong relationships even with the most difficult stakeholders.

The onboard coaching allowed Rita and the CFO to set clear expectations from the get-go, learn how to work with each other in the most productive way and handle tough conversations in a positive and respectful, non-confrontational manner.

Onboard Leadership Coaching gives new hires deeper self-awareness and helps them contextualize their strengths into the new role and identify potential blind spots, laying the foundation for a quick and smooth transition.

Contact me to discuss how Onboard Leadership Coaching can help you or your company.