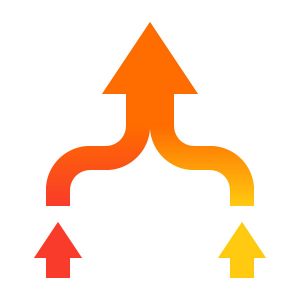 One of the biggest challenges a merger brings about lies in reconciling different leadership and operations styles and getting the two merging teams to build trust and work as one.

Six months after two regional family construction companies merged, the new CEO hired me for a multiple-month team coaching engagement. The goal was to support the leaders and team members as their roles shifted to meet the demands of the newly formed organization.

Focusing On Individual and Team Coaching

At the start of the engagement, the team members were interviewed to get a sense of what was working, the challenges they were facing post-merger, and what was needed to establish positive working relationships.  The team reported that they all had industry and operational expertise and everyone found the CEO to be inspirational; and were thrilled he was leading the new blended business.  Uniformly, they saw their challenges to be communication, collaboration and a lack of trust with each other and throughout the company.

Each team member attended both team coaching sessions and individual coaching sessions, which provided opportunities to work on their  leadership development and contribution to the company.

Various leadership assessments were used to help employees learn about each other, build respect, and understand how to work well together. This process provided each member with feedback from their teammates, their direct reports and bosses.  The sharing of the individual results and discussing their impact on how the team operated increased the connection and bonding within the team.

The group sessions and leadership feedback revealed the post-merger challenges that were standing in the way of the new company performing at high levels.

The team was still fractured along the two previous company lines. Each group preferred the way they were used to operating and were critical of how the other company worked.   They used the word, “legacy” to describe how they used to do things.

To take the first step towards integration, everyone agreed to commit to:

Some of the leaders had “grown up” in the traditional family business model of the former companies. As a result, they had trouble grasping the bigger company perspective that the new CEO, who had been hired to head the merger, was bringing to the team.

The CEO was positive and encouraging in the face of employees’ confusion and helped them get comfortable with the leadership strategies they were now expected to embrace.

As the new roles became more defined, two team members chose to leave the company. Their departures proved challenging for the rest of the team.

The coaching sessions gave everyone the chance to process the changes and move forward as a more aligned, focused team.

Coming Together As A New Team

Over the months, the energy and excitement in the team sessions became palpable. The divisions from the two previous companies disappeared and new lines of communication, respect and humor began to appear within the  new leadership team.

While the post-merger challenges proved much more difficult than expected and more work lies ahead to achieve the goals planned for the new company, the team is now working as one and is excited to take the next steps together.

Dealing with challenges after a merger? Having trouble bringing your team together? Let’s talk!

END_OF_DOCUMENT_TOKEN_TO_BE_REPLACED

Why Is Workplace Collaboration So Hard?

Poor collaboration can cost your company time and money and prevent you from delivering the kind of high-quality work that sets you apart from your competitors.