An Individual Performer Learns The Power Of Collaborative Leadership 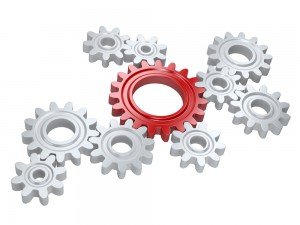 George, a 30-something media executive, was well regarded by his clients and bosses but was experiencing quite a high turnover of his direct reports. He wanted to improve team-member retention and performance and was committed to improving his leadership but wasn’t exactly sure what needed to change.

To get started, we used several assessment tools to obtain objective information about George’s natural leadership style and how different people (bosses, direct reports, and clients) viewed him in his role. For the most part, the feedback was quite positive but it also pointed out patterns that George was unaware of and had to be addressed in his leadership development.

The most helpful insights came from the Hay Group’s ESCI Emotional Intelligence 360° tool, which gave us a look into how George’s co-workers and clients viewed his interpersonal skills, and his ability to understand his emotions and the emotions of those around him.

From there, we were able to zero in on his need to:

We then came up with strategies for George to change his approach from doing everything on his own to using collaborative leadership to get his team more involved in all aspects of the work – including problem-solving, decision-making, and client meetings. We identified ways that he could allocate time to have development conversations with each of his team members.

Through the collaborative leadership focus of the coaching sessions, George gained clarity about the steps he needed to take to be the leader he wants to be.

It did take some time for his direct reports to adjust to a new way of working for and now with George. They were used to having George solve all the problems and make the key decisions, and now they have to be more proactive and own the work. As a result of this shift, though, their performance as a team has improved significantly and George and his clients are very pleased with his new approach to the business.

A collaborative leadership style can mean greater success for you and your team. Being able to relate to your employees, empowering and inspiring them to do their best work, as well as fostering their professional growth is an essential skill that can be learned.

Executive Coaching can help you identify blind spots and develop a custom plan to improve your leadership skills.