Is Your Boss Sabotaging Your Leadership Success? 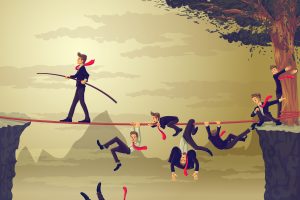 “Do not speak, unless you are spoken to. I find Americans habit of speaking without permission to be a major annoyance.”

I would have thought Nicole was exaggerating, had I not heard her boss utter these exact words.

Nicole was engaged in leadership coaching to prepare for a promotion. She is a passionate and well-respected internal IT leader for a large, global consulting firm where she manages several technical teams in the US and India. When we started coaching, Nicole was afraid her boss was sabotaging her success as a leader within the company and would block her promotion.

She wanted to respect him as her superior, yet was put off by him. Their cultural differences were making it difficult for them to work well together. She would include him in meetings and communications, and found he would often exclude her in emails or belittle her after meetings with others. She wanted to find a way to work with him and not react negatively.  However, she did not intend to follow his counsel on social interactions and meeting management.

A New Way To Frame the Working Relationship

The truth was, her boss was very impressed by her talent; he had shared with me.  Additionally, he shared with both of us that he had come to realize his communications concerns were grounded in his cultural background. They were his issues and he intended not to have them influence his opinion of her.

For her part, Nicole needed to learn not to take her boss’ attitudinal preferences personally and not let him affect her performance. During the coaching, we read the Leadership and Self-Deception book by the Arbinger Institute and used it to:

Gradually, Nicole began to relax.  She found compassion for her boss’ challenges.  She started including him more in her projects and even did a few international meetings with him, where she was pleased with his input and enjoyed working with him.

She ultimately got her promotion and even though her boss barely acknowledged her achievement, she chose not to let his lack of enthusiasm bother her. After her promotion, she reached out to key stakeholders in the firm to start a new, high level customer management project about which she is passionate.  She set up a dinner with the stakeholders, her boss and his boss and was able to lay out her ideas confidently, getting everyone on board.  She is even including her boss on the new initiative!

Through the coaching, Nicole learned to turn down the noise she was creating in her head about her boss. She came to realize that it was actually her own perception that was getting in the way of her success.

Do you feel like your boss is not “on your team” and is sabotaging your leadership success? Executive Coaching can help you figure out the root cause of workplace conflicts.

Contact me if you want to clear the way for greater achievements.