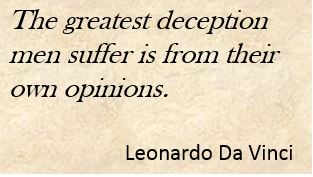 Leadership and Self-Deception by The Arbinger Institute is an insightful book that can help executives make breakthrough leadership changes. The book is written as a business story and I often have clients read it as part of their executive leadership coaching work.

The distorted view from “the box”

The concept of Leadership and Self-Deception is when we don’t act on our initial sense or feelings, we deceive or betray ourselves.  When we don’t act, we go into “the box”, where we make up all kinds of things to justify our lack of action. The justification influences how we think about ourselves (victim, unappreciated or right) and/or how we think about others (demanding, ungrateful or wrong).

Here is a diagram of how the betrayal and box work: 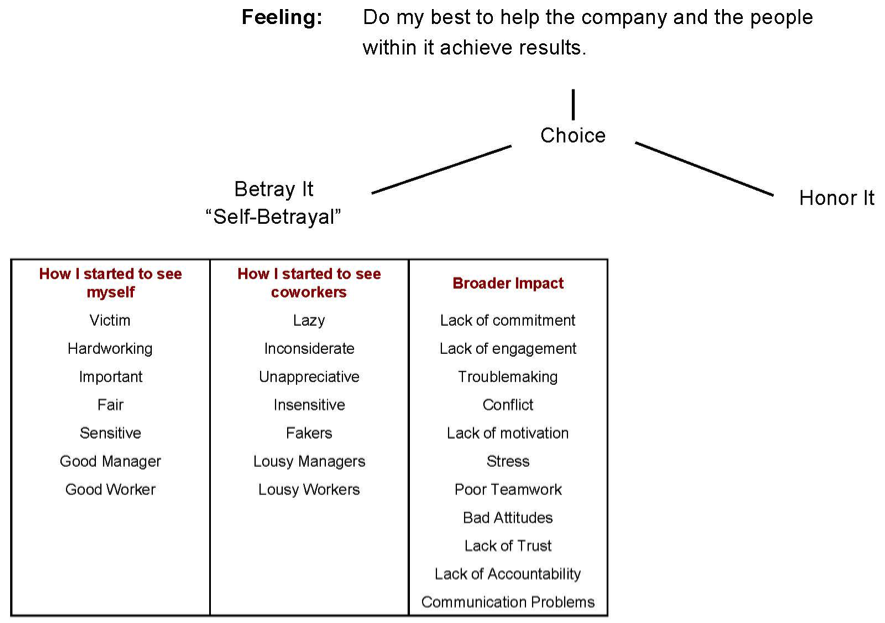 Graphic replicated from “Leadership and Self-Deception, Getting Out of the Box” by The Arbinger Institute.

Getting out of the box to be a better leader

During coaching, Mark, a marketing executive, received feedback from an EQ leadership 360° report that highlighted how his direct reports wanted more time and direction from him.

Mark’s initial reaction was that his reports should be able to figure out their work by themselves. Their demands for more direction would interrupt his focus on getting his work done.

After we read Leadership and Self-Deception, he started connecting the dots on how his leadership and work results were being affected by his way of thinking and acting. He realized that part of his job as a leader was to make time each day for his direct reports and their needs.

He was able to let go of his negative view and “get out of the box” that he held about the people he managed. He started showing more compassion and scheduling blocks of time each week to listen to his direct reports and give them guidance.

The goal of using the Leadership and Self-Deception model during Executive Coaching engagements is to help us recognize when we are acting from “within the box” and have lost objectivity for how we work and communicate with others.

Learning how to get out of the box can transform your work and life.