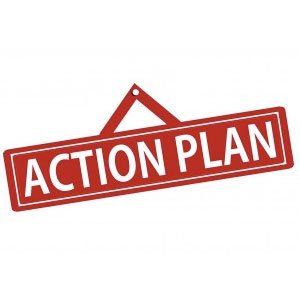 Mimi is a senior non-profit leader in a fast-paced, well-respected national organization.  She engaged in the executive coaching process because she wanted to become a stronger contributor and grow the number of projects she could manage but was already overwhelmed with her existing workload.

We conducted several skill assessments and I interviewed the people Mimi works with to provide her with a confidential feedback report. The feedback report produced the biggest revelations. It showed that everyone in the organization had a profound respect for her and her work, yet wondered how they could get her to trust them.

Mimi was shocked; she wasn’t aware that she didn’t trust her co-workers. She realized that she was convinced that she must produce, manage and deliver all the work by herself to ensure it met her quality standards. This was affecting her relationship with her team and was also the cause of her high stress level.

During the coaching, we created an “action plan” for improvement.

The goal was to help Mimi stay on track and prevent building stress when her plate was so full, which was almost all the time. We focused on ways for Mimi to work more collaboratively with others, even if it made her uncomfortable. This is an excerpt from part of the plan:

The plan also detailed strategies for Mimi to:

As a result of executive coaching, Mimi has started working smarter and has shifted her focus from thinking of herself as an individual contributor to being a strong leader within her organization.

She realized that her limiting beliefs were stopping her from working with others and learned the benefits and costs of being a lone wolf. While collaboration is not something she is naturally comfortable with, she learned ways to be more inclusive in her approach and embrace other people’s working styles, even when they were very different from hers.

Mimi has brought in several very large projects and is leading many more inititatives than when she began the coaching work. She has expanded her team and is working very consciously to ensure she delegates well and gives her team plenty of room to work without micromanaging. It is not always easy for her, yet the rewards of working this way are yielding more time for the many new projects she has brought into the firm.

She feels so much less overwhelmed than when she began the coaching process. She has been promoted to Vice President ahead of the expected timeframe and has taken on several new responsilbities including working closely with her CEO on exciting new global work.

Developing better objectivity about how you contribute to your role can help you identify and address the areas that prevent you from growing as a leader.

Executive Coaching can help you uncover weaknesses and develop a custom plan that will work for you to improve your leadership.

← Annual goals – your way
Are you finding lessons in your challenges? →