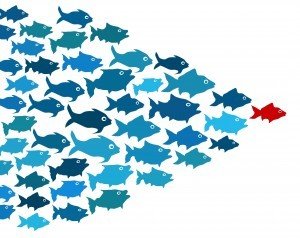 Todd, the managing partner of a professional services firm, was frustrated with himself and his firm’s leaders. He had an intense passion and vision for where he saw the firm going, yet he felt like none of his partners shared his vision.

He requested executive coaching to improve his own leadership skills and to find ways to motivate and inspire his firm’s leaders and staff.

We started by looking at how things were working, including how Todd was leading those around him.

In those early sessions, he realized he had not made time to share his vision with others and was trying to do all the heavy lifting to take the firm to its next level all by himself. The firm was a long way from the early startup days, when he could do that.

Some of the significant inputs that influenced the coaching…

As a result of the coaching, Todd made a huge effort to become more approachable in his relationships at all levels of the firm. He would roam the halls to chat with lower level staff members or invite them into his office if he heard about their concerns. He brought in a business development firm to encourage and teach others to sell, so he wasn’t the only one bringing in most of the work.

This has allowed him to focus on what he does best and is most passionate about: being the company’s visionary force. Several of the solid leaders within the firm have been promoted to partners and the new leadership team is spending more time working together to implement many of Todd’s visionary concepts. The firm’s revenue and staff have grown consistently, including several acquisitions.

Todd’s executive coaching work has transformed not just him but the entire firm and its staff.

Developing a greater understanding of your strengths, your blind spots and what energizes and exhausts you will help you lead with intention and power — the effects can transform  your organization.

Executive Coaching will get you there.